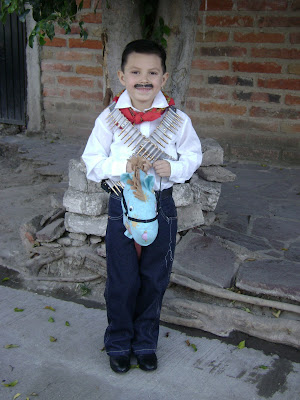 (A big thank you to my friend Nancy for providing me with the English word for Carrilleras.)
at November 20, 2010 14 comments:

One of my best friends from High School jokes that my life in Mexico is a cross between Little House on the Prairie and I Love Lucy.

But after she sees this picture, she's going to start comparing me to another famous TV family...The Clampetts!

Apparently, mice and rats aren't the only critters wandering around in the large empty lot behind my house.  This little fella was found in my next door neighbors house.

And he just had to share the news with my boys.

Nick walked into my house with that thing and said, "Look Ma, dinner!" 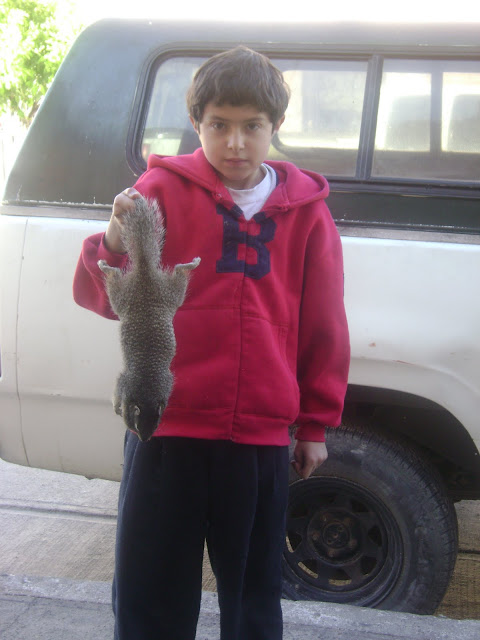 Y'all come back now, y'hear?

Email ThisBlogThis!Share to TwitterShare to FacebookShare to Pinterest
Labels: All My Rodents, Kids say the darndest things, Only in Mexico

How I Learned to Speak Spanish

*I originally posted this story on my recipe blog, but I am posting it here for those of you who are curious as to how I learned to speak Spanish. 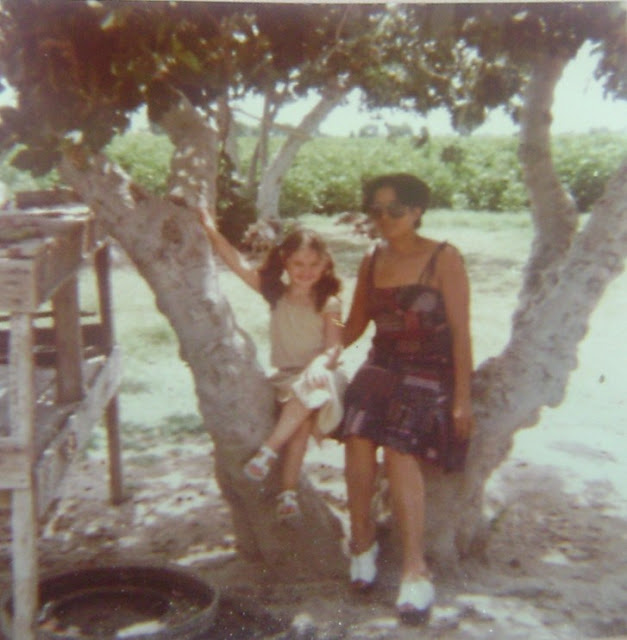 *My Aunt Lidia and me on the ranch in San Luis, Sonora circa 1979
I am 1/4 Mexican, but I didn't learn to speak Spanish until the summer before my 5th birthday.  My grandmother had just married a man that spoke no English.  And I didn't speak a word of Spanish.  Seeing that Pappy and I were having trouble communicating, she took me to San Luis, Sonora, Mexico. (My grandmother was raised in San Luis.) She left me there with one of my aunt's and her family for three months so I could learn Spanish.  Talk about an immersion course!
One of Gramm's brothers, my Tio Ruben, was the only relative that spoke English.  He would stop by daily to see how I was doing and would give me a few pesos to buy dulces (candy).  I would voice all of my complaints and he would translate it to my Tia Lidia.

The way I communicated with my relatives was through pointing.  I'd point to something, then my aunt or cousins would say the word for the object in Spanish.  If I pointed to the milk carton, my Aunt would say "Leche".

Whenever I wanted a glass of milk, I would say leche.  But my aunt would then say, "Quiero leche."  At the time, I didn't know what that meant, but whenever I said it, I got a glass of milk.

Being the genius kid that I was, I learned more and more Spanish everyday.

One morning, my Tia Lidia had prepared the best tasting breakfast I had ever tasted.  Remember I was only 4 years old!  I asked, "Que es?"  My aunt answered, "Chorizo con huevo."  I immediately asked for mas (more).  And spent the rest of the day singing "Chorizo con huevo" all day long.  I requested Chorizo con Huevo for breakfast every morning!

I couldn't wait to share my latest discovery with my Tio Ruben, but he had left San Luis for a couple of weeks.  With no one around to speak English with, my Spanish improved by leaps and bounds.

Two weeks passed and my Tio Ruben had returned from wherever he had been.  Before he could ask how I was doing, I said, "Tio Ruben, me das veinte pesos para comprar huevos y chorizo?"  (Uncle Ruben, can I have twenty pesos to buy eggs and chorizo?)

Tio Ruben laughed and was very happy that the little gringa was finally speaking Spanish.  I didn't speak a word of English for the rest of my stay.

And that ladies and gentlemen is how I learned to speak Spanish!